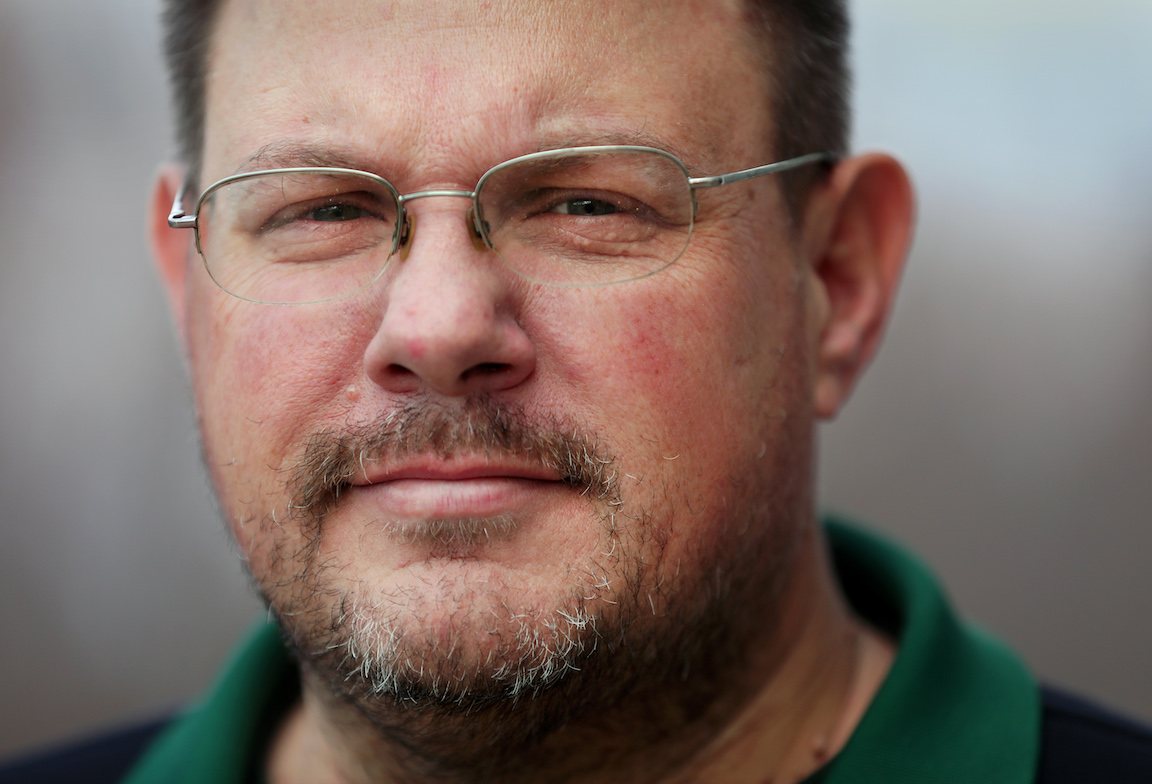 CHARDON, Ohio – The Coach Hall Foundation was born out of two school tragedies that happened 10 months apart in 2012.

The idea emerged with the second tragedy, on Friday, Dec. 14, 2012. That morning, coach Frank Hall and his fellow coaches at Chardon High School heard the news that it had happened again. At aSandy Hook Elementary School in Newtown, Connecticut, a shooter had killed 26 people – 20 children who were just 6 and 7 years old, and six adults – before killing himself.

“It was the worst day of my life,” Hall said. Worse, he said, than Feb. 27, 2012, the day Hall had chased shooter T.J. Lane out of the Chardon High School cafeteria, down a hallway and out of the school. During the chase, Lane had trained his gun on Hall not once, but twice. Three students died that terrible morning, three students were injured, and an entire community was left shaken and grief-stricken.

But Sandy Hook was different. “I just couldn’t come to grips with the thought of 20 first-graders….” Hall said. He shook his head, unable to finish the sentence. He was so overcome, Andy Fetchik, the Chardon principal, called Frank’s wife, Ashley, to come get him.

“We need to do something,” said Tim Armelli, the health teacher and coach who had scrambled to protect students at Chardon that day with a PA system alert to “lock down” the school.

He was talking to Chardon athletic director and English teacher Dan Snyder, who had spent 13 agonizing minutes on the phone that morning with a 911 dispatcher, trying to get help.

“We need to find a way to turn this shooting into something positive,” Armelli said.

Fetchik, Snyder, Armelli and Hall are now on the board of The Coach Hall Foundation. The mission: to provide effective means to prevent school violence. The foundation is focusing on promoting the placement of School Resource Officers in all schools.

SROs are police officers who have received specialized training so they can interact with students and spot potential problems, and act as a link to support services both inside and outside the schools.

On Monday, the fifth anniversary of the Chardon tragedy, the foundation will host a conference on school safety, “Providing a Safe Environment for our School Children: A Layered Approach.”

Speakers include representatives from Sandy Hook Promise; the COR Foundation, formed after the Virginia Tech shooting; the National Association of School Resource Officers; and The Coach Hall Foundation, including Frank Hall.

Registration for the event is now closed.